My mother's father, Oliver Richard Tannahill, died when my mother was barely six.  As a a young child, I knew very little about him.  As I grew older, I learned that he was a marvelous hunter and outdoorsman.  My mother told stories of sitting at the dinner table and watching him slurp spaghetti into his mouth - mostly to make my mother giggle.  She must have been pouting because she had gotten in trouble with her mother.  I learned that he was extremely hard worker who didn't waste a lot of time with sleep.  Mom used to tell stories of him on his tractor and having all ages of kids crawling over him and the tractor.  What I have gotten from all of these stories is that he was a much beloved husband and father...but also uncle, brother and friend.

When my grandmother decided to give her two daughters the choice between the animal heads - I think it was a mountain goat and mountain sheep (my uncle tells me that they were both mountain goats and were hunted up on the Selway River) and the two large photos of Richard - my mother chose the two photos. 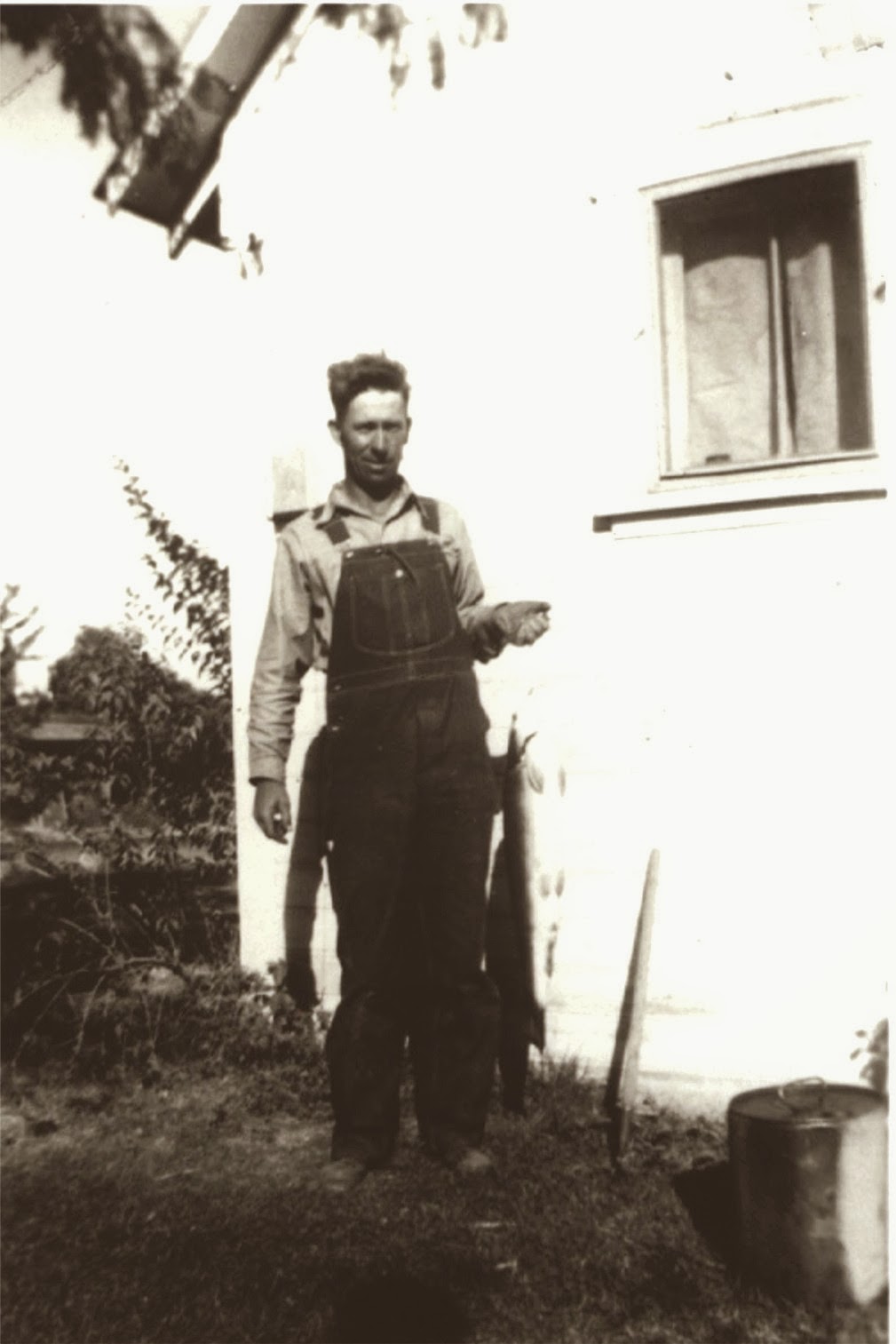 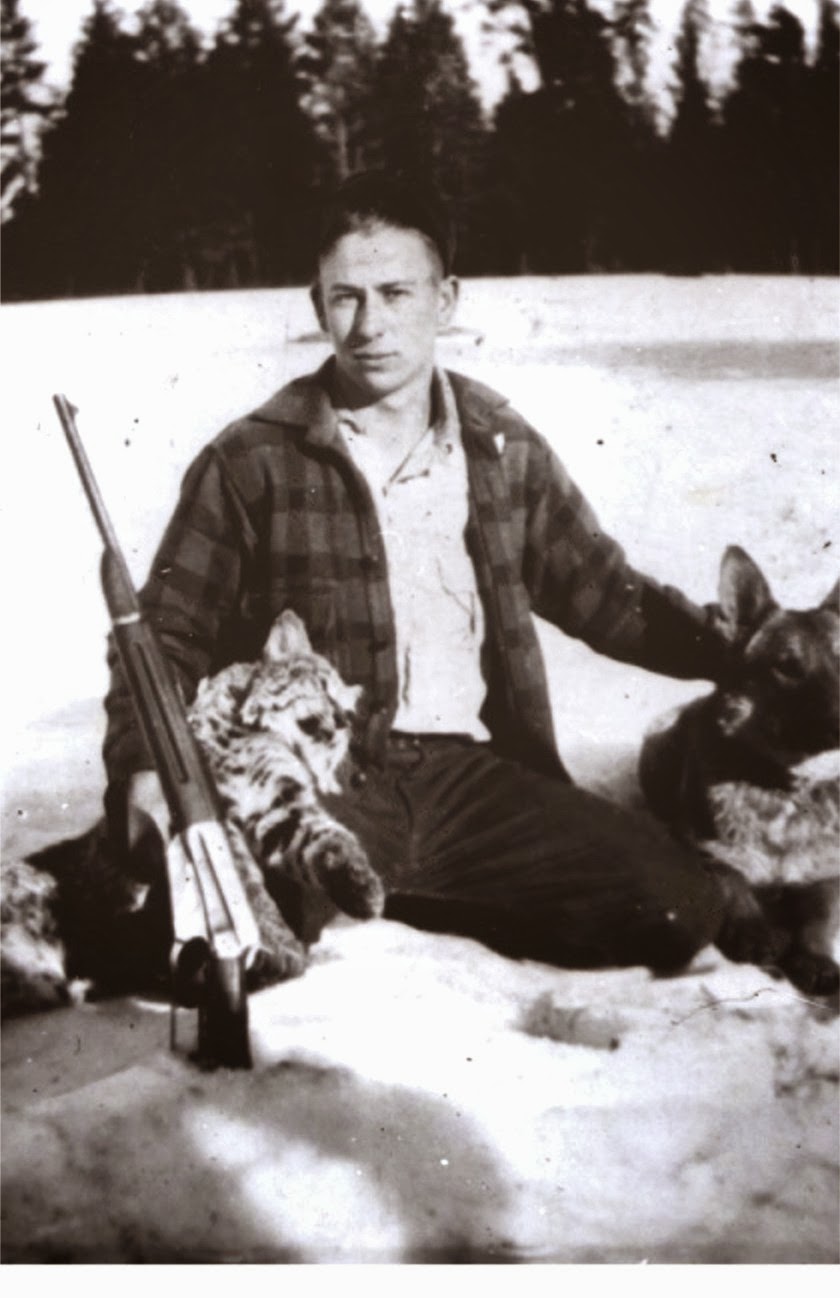 The above two photos hang in oval frames on our wall and have since I was a little girl.  The one on the left was taken after Richard had caught a record Mackinaw trout up at Fish Lake on the Buffalo Hump. (Near present day Elk City, ID)  As it was taken in 1940, Richard would have been about 29 years of old.  I found the newspaper article from the Lewiston Morning Tribune that recorded the record fish.  The photo below must have been taken in the early to mid 1930's.  Richard's hunting prowess was well known and discussed.  Evidently he was a marvelous athlete who had remarkable stamina.  My mother said that he used to run from Waha to Lewiston, so he could go to school...that is well over 25 miles one way.  It was said that he could run a deer down.  He would keep tracking it until it got tired and laid down.  Deer have marvelous speed but they can't keep it up. He looks like such a young man compared to the other photos and there is a definite macho image to me...sitting there with his trusty dog, the lynx he just hunted and his gun. 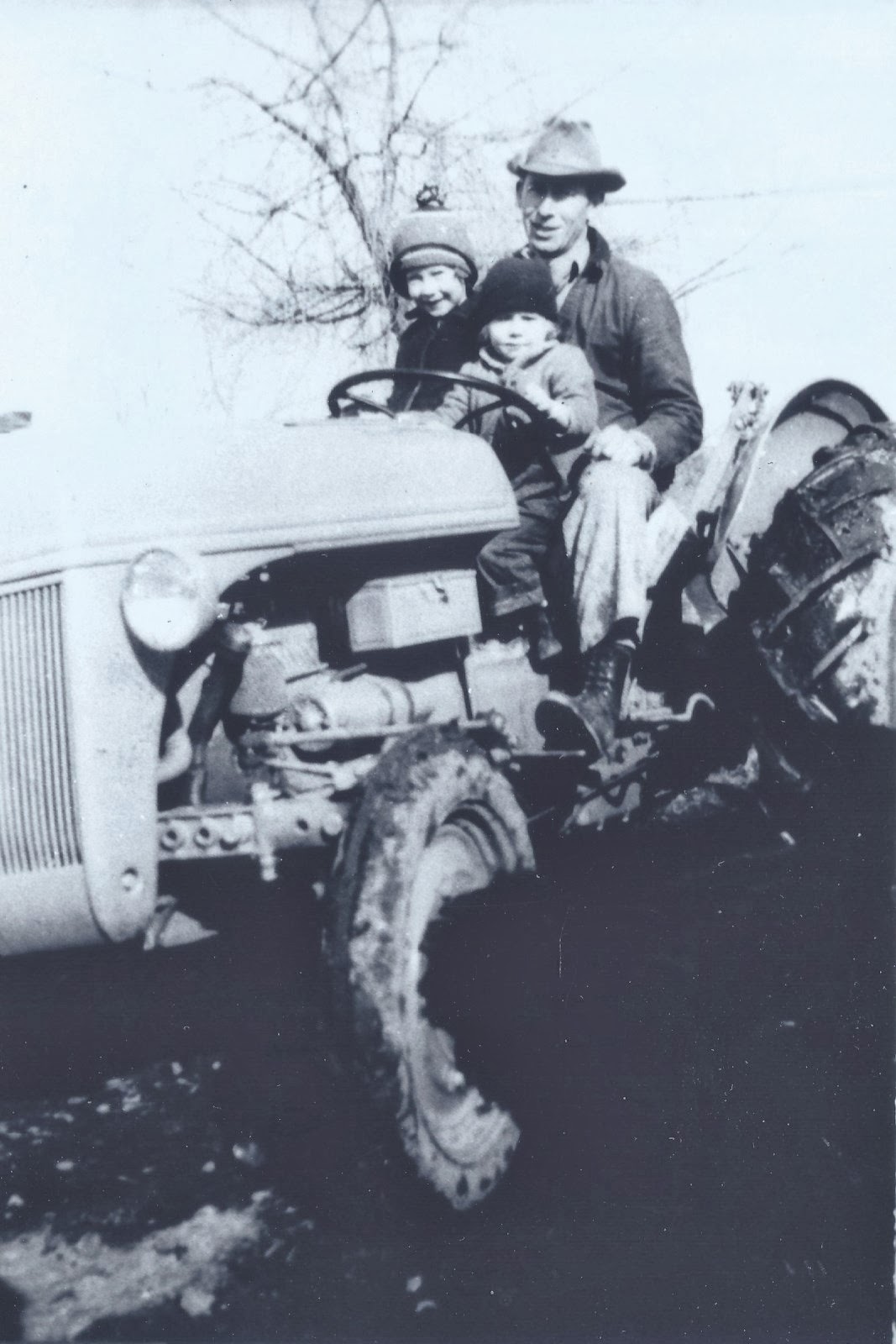 The above photo was taken by Richard's brother, George.  It was probably taken about 1945.  There aren't a lot of photos that were with Richard and his daughters Joan and my mother Betty.  After he was killed in an hunting accident  (Daddy's Gone)  Mom's Uncle George had this photo duplicated and gave my mother and sister a copy of this picture in a frame.  I can remember this picture sitting in a place of honor on my mother's dresser throughout my childhood.  I still have it, in its original frame sitting on the piano with many other treasured family pictures.

I've since seen a lot more pictures of my grandfather gathered from many family members as well as old photo albums.  However, these three photos or the ones that have left an indelible impression on my mind.
Posted by CarmenMJ at 7:00 AM

Email ThisBlogThis!Share to TwitterShare to FacebookShare to Pinterest
Labels: Tannahill