Genealogy research is so different today than when I first started almost 20 years ago.  I think that I have it so much easier than those who first started researching before the age of computers and the internet.  I can remember the struggles that I used to have to find information that is now at my fingertips.  There are more and more databases available at places like Ancestry.com and FamilySearch.com – and I have learned a lot of things that spur me forward.  I am going to try and write a few blogs about some of these curious things that I have found of late. 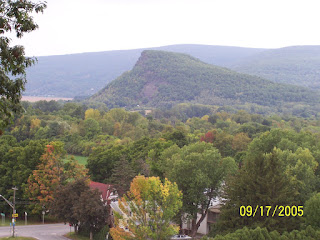 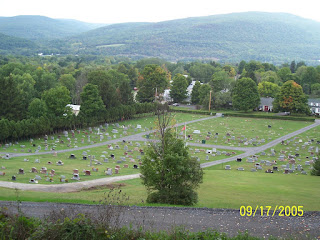 My fourth great grandfather was Ebenezer Gallup.  He was born in 25 Sep 1795 in Middleburgh, Schoharie Co., NY and died there on 8 Oct 1865.  He is buried there at Middleburgh Cemetery with his wife, Susan Harden.  Ebenezer’s parent’s died when he was quite young (Father Silas Gallup b. 9 Mar 1749 d. 28 Oct 1796 and mother Sarah Gallup b. 29 Dec 1751 d. 18 Aug 1799 see Silas Gallup & Sarah Gallup in NY) and based on family stories, I know that he was raised by his sister Silence Gallup Brewster (See Silence Gallup Brewster and Silence Gallup Brewster – Part 2 – A Further Exploration)  I have always found his family interesting.  I wonder why his parents died…I am sure it was some disease and somehow he escaped it.  Was there something genetic in the family that caused five of the ten children to die young?  Ebenezer’s siblings Silas Gallup Jr b. 1782 d. 1783, Lois Gallup b. 1784 d. 1784, Hannah Gallup b. 1785 d. 1785, and Silas Gallup Jr b. 1789 d. 1790 all died very young.  Perhaps there were more siblings between Eli b. 11 Feb 1791 d. 4 Apr 1882 and Ebenezer b. 1795 or perhaps Ebenezer was a surprise.  His mother, Sarah Gallup, would have been 45 years old.  Sometime between 1791 and 1795 the Gallup family moved to New York.  I know there was a family group of cousins and brothers who moved their families and I wish I knew what prompted them to move from Connecticut to New York.  I can guess…but I don’t know if I will ever know.

Susan Harden hasn’t been an easy person to search.  She was born 8 Jul 1808 in Duanesburg, Schenectady Co., NY and died 9 Nov 1884 in Middleburgh, Schoharie Co., NY. Susan married Ebenezer Gallup on 19 Nov 1826 in Middleburgh, NY.  Since she died as late as 1884, I spent the big money and got her death certificate (I think the NY death certificates are $27 – which are quite expensive and took the full 8 weeks to receive it)  From that I learned that her parents James Harden and Margaret.  I have found a James Harden who was born in 1788 in Duanesburg, NY and died in 1849 in Tioga, NY.  I think that he is the likely father of Susan and according to links in Ancestry to “The New England Historical & Genealogical Register” he is the son of James Harden b. 1755 VT d. 27 Apr 1828 Schenectady Co., NY and Susannah Manard b.  1764 d. 4 Mar 1826.  They were both buried at Tripp Cemetery in Schenectady, NY.  Finding that little bit of information made me wonder what the significance of the Tripp family was to this James and Susannah.  It is a family name that I am familiar with as it is one of my ancestors on my Gage family.

So my genealogical wanderings have now taken me to completely different place.  I did a search on Find A Grave to see what other Harden’s were buried in Tripp Cemetery.  There I find a Benjamin Harden who was a listed son I had found for James Harden and his wife Susannah.  This Benjamin Harden turned out to marry a Phebe Tripp, so that explains why they are buried in that cemetery.  Only problem is now I have to figure how Phebe Tripp fits in.

So, as you can see, these new records take you on completely different avenues to search.  I am not sure that James Harden and Susannah Manard are my 4th great grandmother’s grandparents – but it seems likely.  The biggest lesson that I have learned while doing genealogy is that the family patterns are important, and don’t be surprised to see your family lines mixing together a little too closely for comfort
Posted by CarmenMJ at 2:31 PM No comments:

Today would have been my mother’s 74th birthday or as she might have put it “the 45th anniversary of her 29th birthday!)  Mom (Betty Jean Tannahill Johnson) died on 26 Dec 2005 of lung cancer, so this is the 10th birthday that we have been without her.  So much has happened in the last 10 years but in some ways it feels like we just lost her.

My Mom was many things.  She was probably one of the most creative and intelligent people that I have ever known.  Anything that she turned her attention to – she did well.  Mom was known as spectacular musician whose voice and talent is still remembered by those who heard her sing and play.  We had some of the most beautiful flowers and roses at our house when I was a teenager and young adult.  Like most things, it was impossible for Mom to only to what was necessary, she had to put her own touch on everything.  Mom got a computer for Christmas one year from Dad – it took her just a few weeks to get past the possibilities of that computer and pretty soon, Mom and Dad were taking a loan out for a state of the art computer and printer.  (This was back in 1980 – I think it cost $ 5,000 for the computer and the printer)  She did things on that computer that most people would never have attempted.  Mom was an early user of the internet, she scanned pictures, she did databases and spreadsheets and publishing all on a computer that operated on two 5 ¼ inch drives.  Mom was talented when it came to organization and used to organize her class reunions and managed the swim meets when I was a child.

Everyone in Mom's small family is gone.  Her father (Oliver Richard Tannahill) died in 1947 and stepfather(Gwen Dean Shearer)  in 1987.  We lost Grandma (Capitola Friddle Tannahill Shearer) in 1985 and Mom's sister (Joan Tannahill Kemp Towle Keeler) survived her by several years, but we lost her three years ago.

Mom could also be incredible stubborn and impossibly demanding.  She was never satisfied with whatever she did and always wanted to improve on what she was doing.  I wish she would have stopped smoking many years before she did.  Even though she had quit 15 years before she died, it was still a smoker’s tumor that killed her.  We missed Mom so much during these past 10 years – at her grandchildren’s graduations from high school and two from college, two of their weddings.  I don’t have to pick a day to remember Mom, she is always there in my mind.  She has helped me make countless decisions through the years because of the things she taught me.  I have had several friends who have lost parents through the past years and I usually tell them that they will never stop missing them.  I then point out how lucky they were to have a parent like they had.  My mom was unique and only my siblings and I know all that she did for us.  I know that each one of us is thinking about her today and there might be a tear, but there is also a smile!

Posted by CarmenMJ at 9:20 AM No comments: