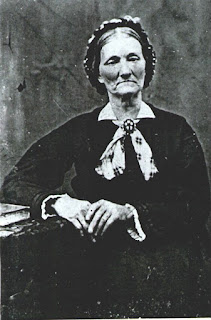 Belinda Willey is my 3rd great grandmother (Find A Grave site with Gravestone).  She was born 10 Mar 1817 in Orleans Co., VT to Eber Willey and Elizabeth McFarland.
She married Francis Pope in 1835. 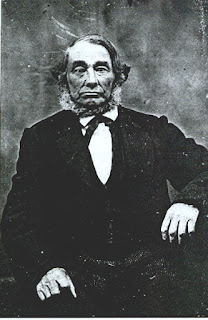 They are the parents of:
When I first started learning about Belinda Willey and Francis Pope, I found it interesting to find that they seemed to move back and forth between Canada and the Vermont/New Hampshire.  At first glance, it would be easy to assume that her family were on the side of the British during the Revolutionary war – but that can’t really be the case.  Belinda’s grandfather was a Revolutionary War soldier…so why did they move back and forth between Canada and the United States.

I asked a cousin about this migration between the US and Canada.  It was a very simple explanation…economics.  These families were going where there jobs were.  They were loggers following the jobs.  That makes sense to me.
Her son, Winslow Lonsdale Pope, was a wanderer who lived in Massachusetts, Vermont, New Hampshire, Iowa, Minnesota, North Dakota and eventually back to Massachusetts.  Perhaps it was a family trait.

I am still learning about her family and thus far it stretches back several more generations.  I feel as if I have much more to learn.  I am still wondering what I will find!