Every year as I’ve grown older, I seem to reminisce back to Christmas celebrations of my youth.  My mother always made a “great” Christmas, but there were a few Christmas celebrations that really stuck out in my head.  I don’t remember any presents that I received (although don’t mention the robot to my brother) nor do I really remember anything specific that happened.  For a child, Christmas in Elk City at my grandparents’ house was special.  Elk City is located about and hour and half south of Grangeville, ID and is located on the South Fork of the Clearwater river.  It is just on the edge of being in the wilderness and is at about 4000 feet.
The preparations for my mother had to be intense and enormous.  Not only did she have to do the normal shopping, wrapping as well as the candy making and cookie baking…she had to prepare her whole family to enter into a winter wonderland.  I’ve no idea how long it took to pack the station wagon for our journey to Elk City which on a good day was 2 ½ hours but mostly around three hours.  In went the presents, the cookies and candy and the clothes.  The last bit had to take a good bit of planning.  All of us would probably spend the majority of our time playing out in the snow so extra clothes, mittens and hats were in order as well as our sleds.  After that was all packed, four kids and a dog were added to the mix with two probably weary adults.  I think that I must have sat in the front with my parents, being the youngest one, because three kids and a dog took up more than enough room in the back.  As soon as we were at the bottom of Mt. Idaho and a little bit down the road, the questions of “When will we get there” would start.  Mom being a musician would start us off singing Christmas carols to pass the time.    My father would listen to our caroling and concentrate on the driving.  This wasn’t an easy drive – it was usually packed with snow and there seemed to obstacles in the road quite often. 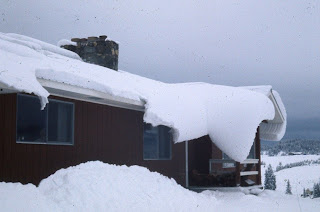 Soon we would arrive and climb the hill up to my grandparents’ house.   I don’t remember unloading the car of the presents or anything else – all I remember is playing in that wonderful snow.  Mom told me that we only did this a few years – and I suppose because I was so young that the years probably mesh in my mind.  I can remember the snow being so deep that I wasn’t allowed out by myself…it was taller than I was.  I can remember playing out in the snow for so long that your eyelashes became icicles and it seemed like every part of your body was frozen.  We would then run inside, take off our wet mittens and socks, lay them on the fireplace – probably warm up with some hot cocoa and then put on some dry mittens, hats and socks and head back out into the snowy paradise.  The logistics of collecting enough winter clothes to keep four children and two adults warm during our snow play was carefully managed by my mother.


One year – perhaps that first year, my grandparents bought us kids a toboggan.    My grandparents lived at the top of a hill – there was a fine road that wound around the hill that provided a great sledding course – but the toboggan…that was special.  All of us kids would pile in and start down the side of the hill, picking up speed constantly.  We would come to a snow berm (from my grandpa plowing the road) and we would sail over the top of the road and land on the other side.  We probably hit three of these snow berms on that trip down the hill.  At the bottom, my dad and grandfather would tow us back up to the top with the snow mobiles.  Mom thought this looked like a great deal of fun…until she took a ride with us.  I’m still surprised that she let me ride that toboggan.  Mom also had to try the sled on road and wore down the toes of her boots trying to slow down. 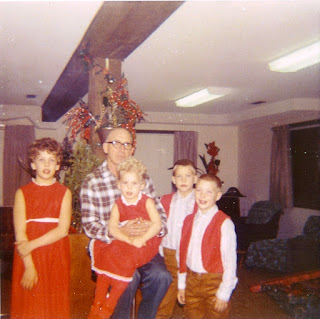 Soon enough, it would be Christmas Eve and my sister and I were dragged in from our snowy paradise to get our hair done.  Mom always dressed us up on Christmas Eve, usually in matching outfits.  Neither one of us was all that thrilled to be dragged into the house…but night would soon fall and the boys would have to come in as well.  My grandparents had a huge living room with a gigantic fireplace that stretched to basement.    It was in the basement where Grandma’s Christmas tree waited with the presents under the tree.  Usually Mom would gather us around the piano to sing Christmas music and usually we would get so excited that we didn’t pay the proper attention.  I can remember running to the window and sing a red light blinking across the sky and thinking that perhaps Rudolph had just flown by.  Perhaps we would hear a kerthunk downstairs or some sort of noise and usually my mother would exclaim that Santa must have arrived.  All of us would head downstairs and dive into the presents.  It was traditional in my family to open our presents on Christmas Eve.  Then on Christmas day, we would have a big dinner. 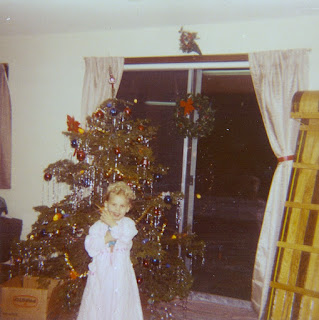 After the excitement of opening the presents and perhaps playing with them, all of us kids would bunk down in our sleeping bags – usually with a favorite toy nearby.  I know that on some of these Christmas’s my cousins would be there to enjoy the play and the presents with us.  The seven of us kids all within eight years had a wonderful time playing in the snow and being together. Each one of us holds these Elk City Christmas’s in our memories.  My grandparents have been gone for many years as well as my mother and her sister now.  The house has been out of the family a long time and the hill side that we used use the toboggan on has far too many trees to provide a safe path down the hill.  I don’t know if those Christmas’s were so perfect – but they sure seemed so to us kids.   I can still picture all of us in our mittens, scarves, hats with our red noses getting ready to pile back on that toboggan for another ride down the hill. 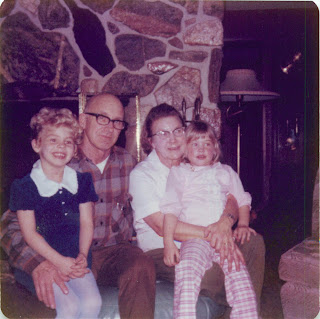 It is my hope that everyone has treasured memories of Christmas past and hope that they can make new and wonderful Christmas memories this year.  Merry Christmas to everyone!