A few weeks ago – Dad and I traveled back in the footsteps of his parents.  In 1939, the newly married couple left Idaho and traveled across Montana to Dunn Center, North Dakota.  The trip wasn’t an easy one.   Even today, it is a long trip.  I estimate that it takes about 12 hours to get through Montana.  By the time Dad and I got a motel for the night at Glendive, MT, we had traveled 725 miles and about 14 hours.  The next day, we continued on to Dunn Center to see what had happened since we last visited.

By any accounts, Dunn Center, ND looks like a place that time had forgot.  It seems like we know a lot of people who were either born in North Dakota or whose families came from North Dakota.  I can see why – it is flat, hot in the summer and prone to harsh storms and cold and snowy in the winter time.  I remember hearing stories about people who had to tie a rope between their house and barn to find their way.  However, if you travel to North Dakota today…you will find something different.

As we left Dickinson heading north we noticed immediately some significant changes.  The traffic was a whole lot heavier and the two lane highway heading north was now being made into a four lane highway.  Between Dickinson and Killdeer – there were a plethora of changes including new housing, new buildings, storage areas and new oil wells.   What had been shrinking communities before, looked to thriving and growing.  We stopped at the Dunn Center cemetery to take photographs of the gravestones and noticed two oil wells across the road from the cemetery. 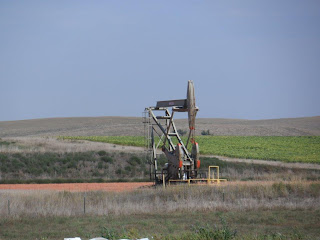 After we had finished, we headed into town.  As we turned off the highway and headed into town, the dirt road that had been there previously had recently been paved and widened considerably. 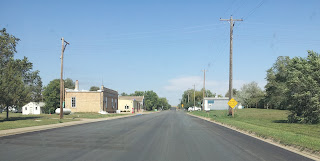 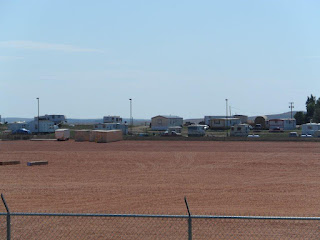 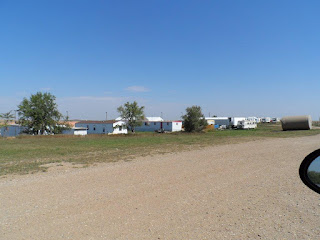 The trailer court that had been like ghost town before from the Garrison Damn era had been revitalized and looked to be thriving.  Beside was a new building with extensive outbuildings as well that was labeled Marathon Oil.  The town that everyone had forgotten had seemed to become a boomtown. 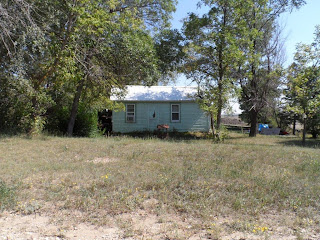 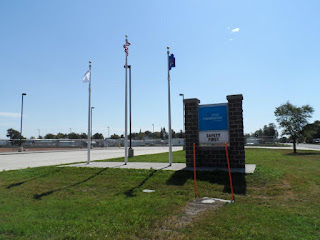 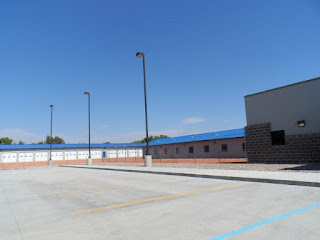 The house that Dad had spent his first few years living in…was still occupied.  In its former life, it had been a chicken coop that my grandfather had remodeled into a home.  It still wasn’t anything to look at, but from what I have heard, any place to live is a good one.  The whole town had a different look to it – as if prosperity was ready to revisit this little town on the North Dakota prairie.

Dad and I continued on to Washburn, ND to visit with our cousins.  Along the way, we probably saw over a 100 oil tankers and numerous oil wells.  We had heard stories before we arrived in North Dakota of people renting land to trailers with no utilities for $1000 a month.  I thought they were exaggerating – until we were told that there were places that were charging $ 3,000 a month.

North Dakota is an energy rich environment.  They have coal and oil and booming economy.  Unlike the rest of the country, their economy is thriving.  I suppose it is their turn.  I once read that North Dakota was the only state that had gone down in population since 1920; this is no longer the case.  Even though North Dakota seems to be experiencing some growing pains – I hope they can take advantage of their good fortune for a long long time!
Posted by CarmenMJ at 7:00 AM